RAF COSFORD AND MEETING ONE OF MY HEROS

Last Sunday was the AGM of the Vulcan to the Sky, which would be the last one in its present form and we wanted to go for that reason, to meet up with fellow enthusiasts and also as RAF Cosford has a wonderful Cold War aircraft museum - all on the same day.

RAF Cosford is set in a lovely part of the country, on the way to Telford from the M6. Mostly flat with lots of green fields and nice scenery. It is a huge site and we parked right outside the fantastic building which houses the Cold War collection. I'm not going to bore you too much with lots of aircraft as you're probably fed up with them by now - just a few but some interesting artefacts were on display. 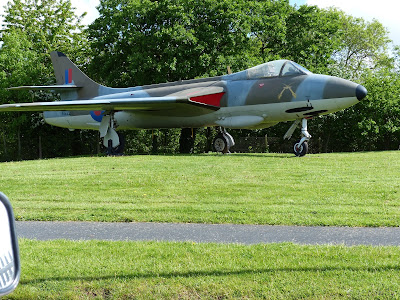 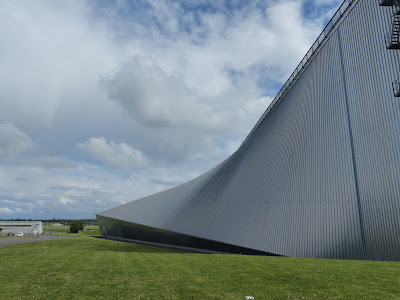 Our meeting was 12 but there was coffee and a get together at 11 and as we were in the refreshment area, I spotted - was it REALLY him? Yes, my hero, Squadron Leader Martin Withers DFC, former Chief Pilot for the Vulcan XH558 and the pilot who flew XM607 all the way to the Falklands Island, and was responsible for putting the runway out of action, then managing to survive until finding a Victor Tanker plane to refuel him to get the plane home. An amazing feat. I have wanted to meet him so much but never been to an air show where the planes have landed to meet these people. He was so nice, even gave me a kiss! And allowed husband to take a photo. I also met Dr Robert Pleming, the man who was responsible for bringing the Vulcan to the sky, the pilot who took Guy Martin down the runway at Wellesbourne on the TV programme most people saw and the first ever pilot of XH558, who is now 90 years young and carried out 444 flights. A very lovely man indeed. 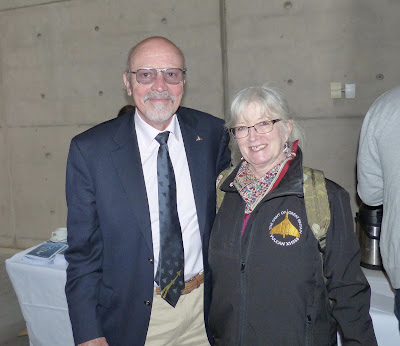 This next paragraph is for my friend and blogger Barbara from March House Books (is that what you're called now Barbara?) I recently bought a Kindle against my better judgment as I love having a book in my hand. I'm still not convinced but I've just read three books on it and I have been unable to put the tablet down as they're so exciting. They are by L J Ross, an author who was in the legal profession and turned to writing. The first one is called Holy Island and is set on - well, Lindisfarne and is about dark and mysterious murders happening on the island and the subsequent solving of these crimes. The main character is DCI Ryan, who is just recovering from a personal tragedy which happened during the course of his work and he is drawn back to work by this crime. The second book is called Sycamore Gap and is based around the area of Hadrians Wall, probably the area near Housesteads and the third one is called Heavenfield. The latter two are following on about the theme running through the first one but don't want to tell any more. They are compulsive reading if you love crime stories and really make you think about "who dunnit!


I have to say I don't find it easy to go back to pages in the book that I want to check up on, like something I failed to notice. It seems to have gone and flipping back pages seems to me to easier. However these books are not in print! They are only two or three pounds though, so quite unusual for me to buy E books as I like to go to places like Gutenberg Press for out of print books.

Right, enough of books - here are some photos. 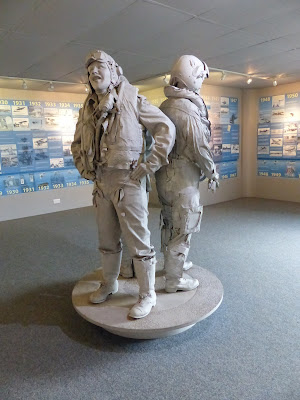 Well that's all for now, not TOO many aircraft today but I had such a wonderful day out after all the worry that I've had over the last couple of weeks with my husband and mother both not being well. Speak to you next time.
Posted by Campfire at 12:56