My, it's almost 8 weeks since husband went into hospital for a check up on his irregular heart beat and also breathlessness. I never seem to have had a minute to myself, have either been ferrying him to one or other of his appointments, or fitting in a visit to my Mum. My poor grandchild (well that's a matter of opinion) has only seen me twice during this time. I'm sure she's totally unaware of this fact.

Husband is now back and to to various clinics, one the Warfarin clinic, where, when the change the amount of tablet one week, a further visit has to be made to see how it has gone on. As there's hardly any parking at the hospital and at £3.00 for a clinic visit of 45 minutes, which is ludicous, I drop him off, go and park somewhere and await his phone call. I suddenly decided not to wait in a grubby side street but go to the site of a very historic old Warrington building, Bewsey Old Hall, which I discovered has been made into apartments. I am so pleased I managed to have a look round it before they did it up! I wouldn't mind admitting to having a yen for living in one of the apartments, set in woodland, not too far from amenities and in a secure site, with an electronic gate access. What's not to like? Apart from a shed to put the bikes in etc.

I was going to download a few photos of the area including the hall but for some reason, despite the fact it offers the facility to download from my phone, none were available. So I'm just going to add a few photos.

The first one is a scarf called the Road Trip Scarf which seems to have gone viral at the moment, which is a very light textural scarf, not really long enough for the amount of wool I had but weighted down with beads. 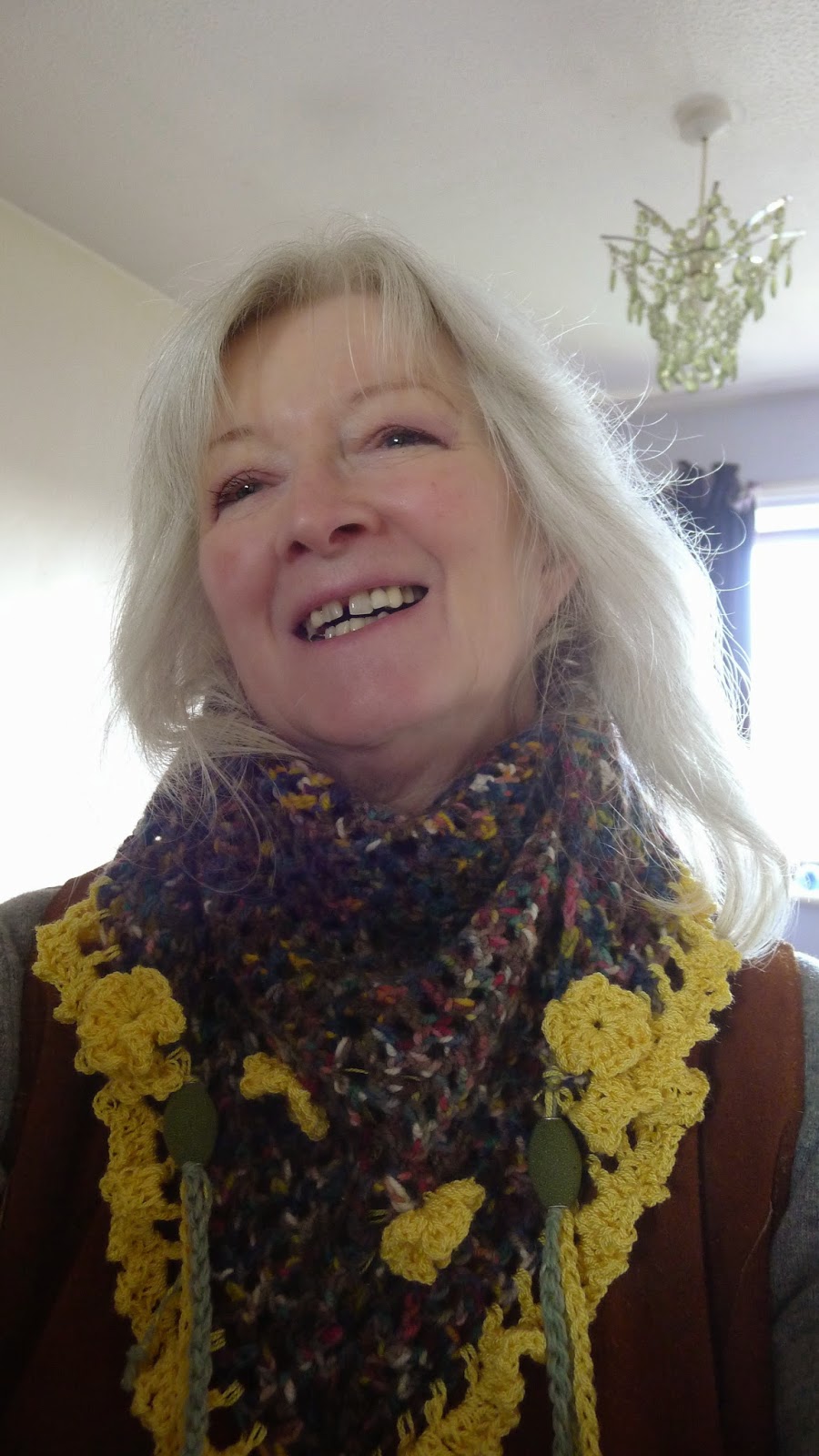 This one is my own design ripple jumper, which you can't really see as my camera is in front of the neckline. I added little inserts on the shoulders so the straight across neck wouldn't cut my throat, and then added squares (gussets) under the arms, as I hate tightly fitted woollen jumpers under the arms. I don't think I really needed them though, but don't really want to remove them. 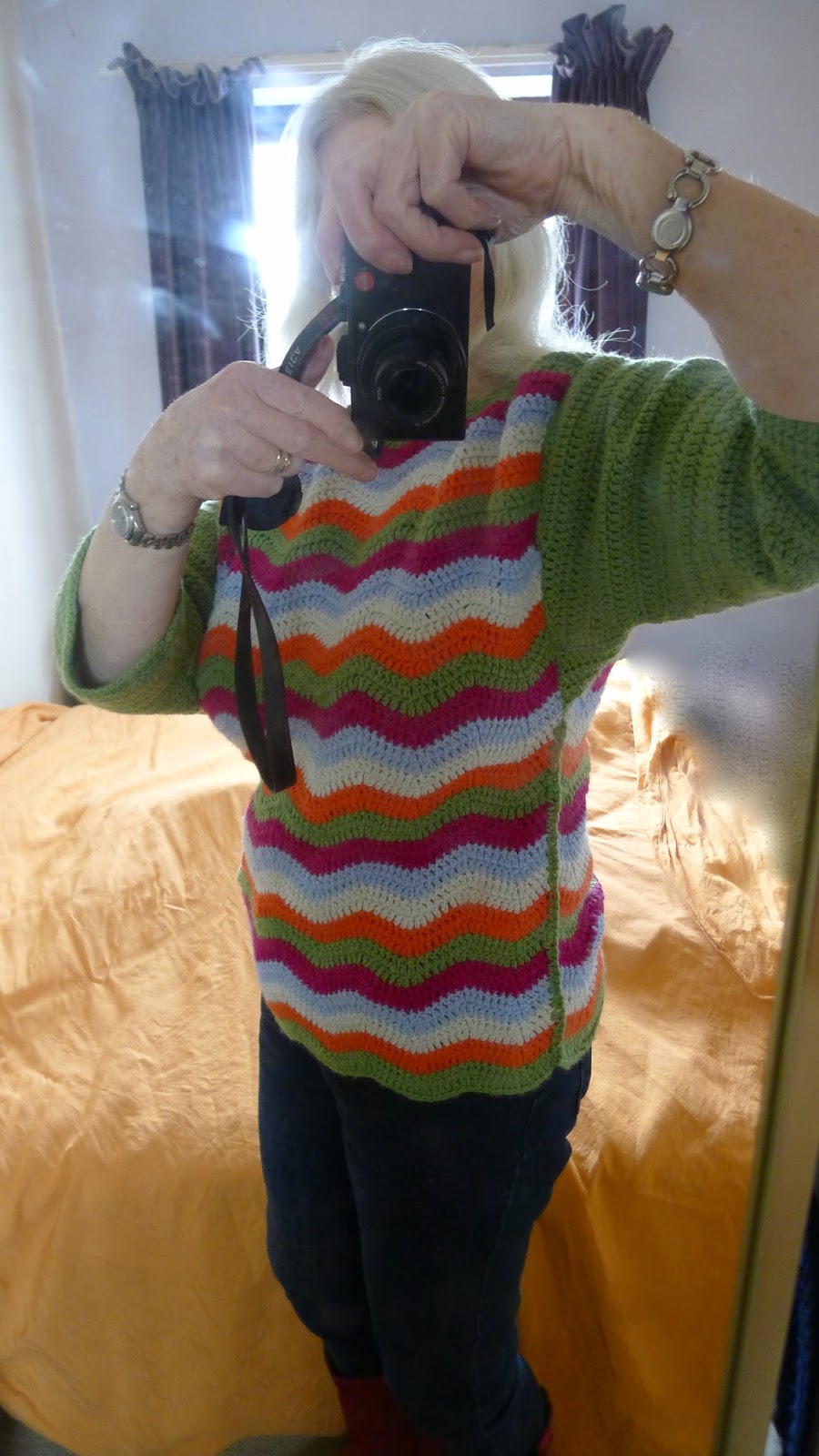 This one I found in a heap of photographs in a box. It was in about the early 2000s and I went over to the Karneval in Cologne to stay with some friends, and on this day we were photographed before we went over to where Lisa works and joined the local Karneval procession at Brueck, just outside Cologne. The next day we just watched the huge Rose Monday parade. I thought it was a real honour to be asked to join in this procession as a foreigner. I wasn't really as fat as I looked on this photo, it was freezing cold, and I had a very thick padded jacket on, then this clowns outfit and also black leather trousers. 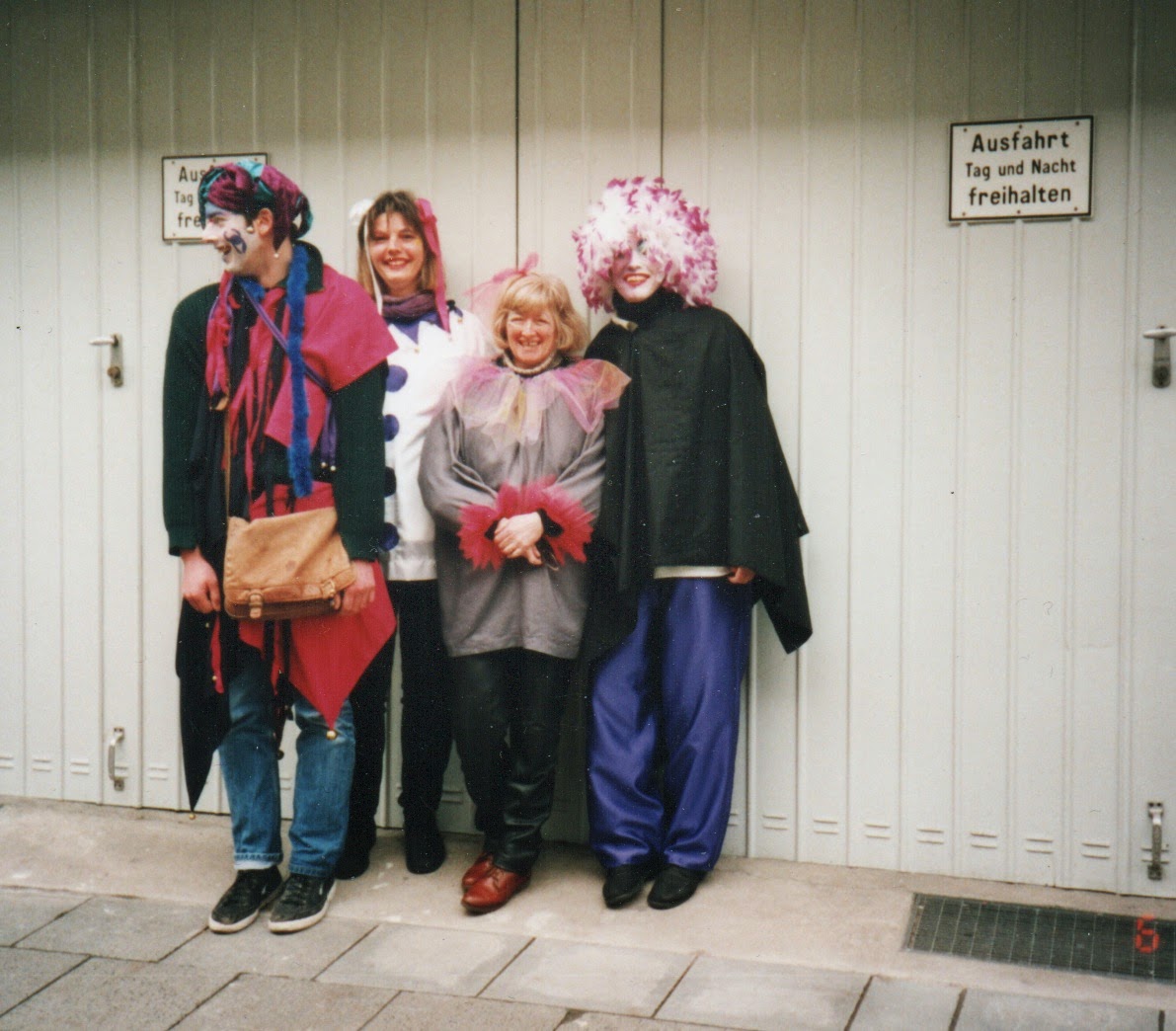 I then found this super one - I used to do a lot of long distance walks and this one was taken at the top of one of the hills climbed in the Todmorden Boundary Walk, a charity walk of around 22 miles around of course Todmorden, covering parts of the Pennine Way and was quite a tough walk. This guy was at the registration in the market place and I didn't believe he was going to walk the whole way dressed like THIS. He was wearing some proper walking boots though if you will notice. 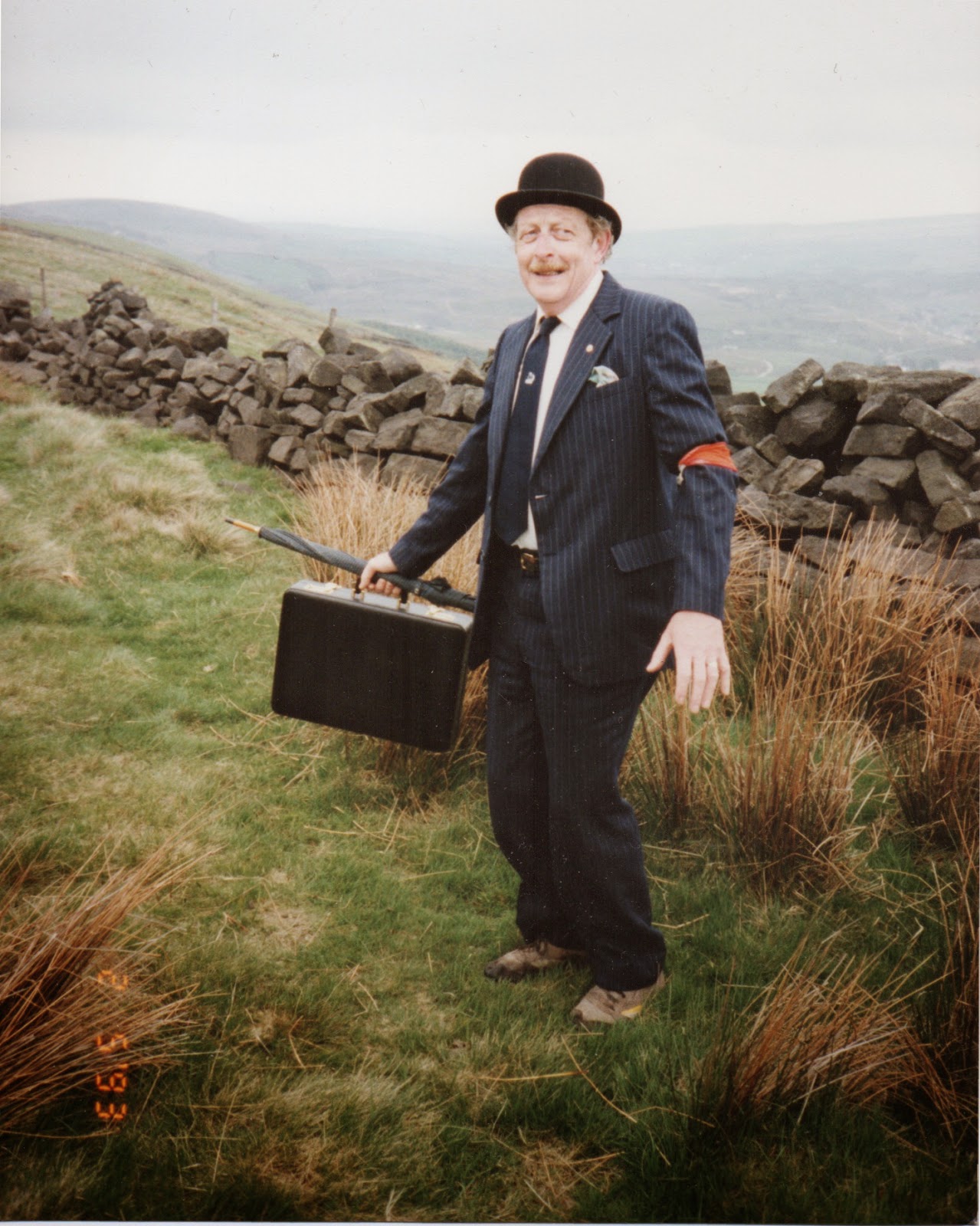 I can't think of anything else to say just now. I've made some more crochet items, but not photographed them yet. To be shown later.

The weather has been glorious here today and I was at home, having taken husband to Warfarin clinic, then come home and he then had to go back into town to a nurses's appointment to have his ears syringed. Oh what exciting lives we lead. He's not really well yet, but doing his best to try to keep his business running and get rid of the car he is working on at the moment, which is obviously taking longer to do as he has to keep stopping. It won't compromise his quality of work though, just be slower.
Posted by Campfire at 14:50