February has arrived with blue skies, high winds and a feeling of cold although not as cold as I thought it would be, when I dashed outside to put a plant in a pot and hastily stuff some compost around. The plant had been sitting on my big conservatory plant, well more like a tree as it comes to the top of the roof, and looking a bit sad. Hopefully it will take some nourishment from the compost until I can find a much larger pot for it.

I succumbed to a gardener the year before last, as I really hate mowing lawns. I quite love digging and doing the heavy stuff but the lawn was constantly being left and now - well this lovely man comes every two weeks or so, usually or so, (but I don't mind as I only pay him when he comes) mows the lawn, tidies over the beds and does more than I would have done. Just the other week he came to prune a few large bushes which I couldn't do easily as my clippers aren't quite large enough. He tidied all the old plants which were just brown and dead, although I had been keeping them for wildlife.

I really must get my act together and take my old bike to the cycle shop to have the front brake cable fitted. It has not been used since husband cleverly pulled it and it came out. The cable was frayed but at least I could have cycled carefully to the bike shop. I will now have to take it in the Landy, not easy as it's not very long, and then either collect it in the car or go down and pick it up by train. I've not wanted to go onto the trail on my new bike as it has been so very muddy.

Regarding Merlin, the vet rang me the next day to say he was not well enough to put under anaesthetic to do this. He had kidney failure and gave me the values of what the urea and creatinine. She wanted to take Merlin in to the hospital and flush out his kidneys over three days but that would not cure it.

Well, we love our cat, but I do not want him to go away from us unless there is a cure. He would definitely pine for us, as he did last time, but last time there was no choice, if he hadn't been in there on the drip as he wasn't eating he would have been dead. We've decided to take it one step at a time. He has been eating minced chicken (human food) made very soft. He is enjoying it. So, when he starts being off colour again, we will take him in for antibiotic and vitamin jabs. This could be an expensive business and I'm glad we have only one cat. Here's a picture I took of him on the bed the other day. 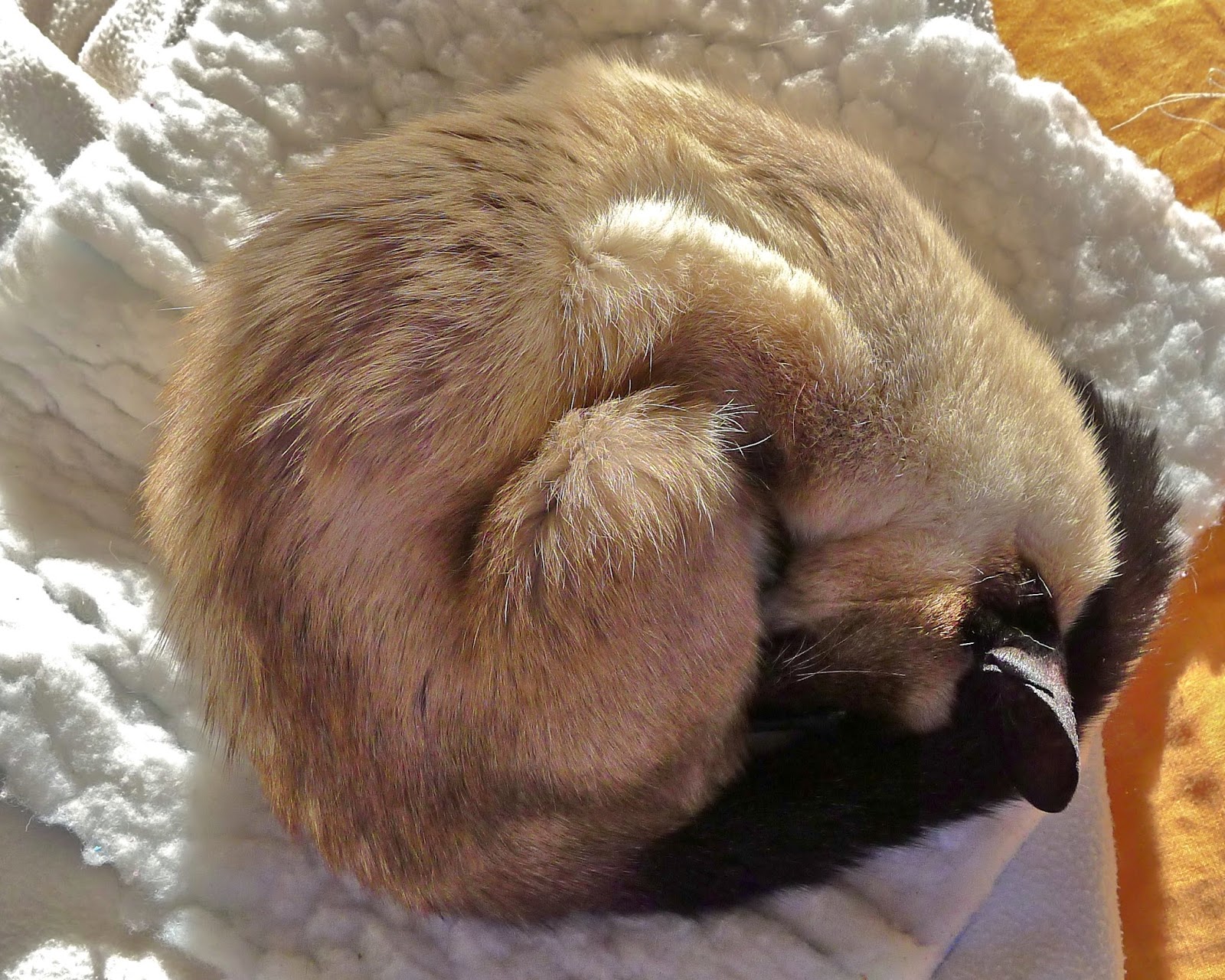 I have been reading a novel called "22 Britannia Road" by Amanda Hodgkinson, about a Polish family at the beginning of the war who became separated, ending up in England. It hops from the wife to the husband and then the present, going through their individual tales of survival and how it affects their new lives together. I enjoyed it very much.

Now, just before I forget, we were filming on the Transpennine Trail last year and eventually the video has been put on line. I will just give you the link now on here and if you are interested you can click on it and watch it. Thrift De-Luxe, you might be interested in it. I must say there is a certain person who keeps getting filmed!!!! Only a back view though. Julz the photographer, was quite a quirky young man and so it is quite an interesting take. He interviewed a man on what will look to you like a strange bike, but to me it is quite normal, as lots of my friends have strange bikes. The chap is a fellow ranger, who had been on a ride to Liverpool using the trail.

Here is the link: http://www.transpenninetrail.org.uk/videos/

I have tried to do it properly andhttp://www.transpenninetrail.org.uk/videos/ It says Merseyside Warrington on the top and is the last video on the page showing a white bridge to the left of the foreground. You may have to cut and paste the link and watch separately. Do please try to watch it as it shows a little of what I used to do a lot in my volunteering.