Hello there, I'm trying to keep up writing the blog as it makes me think what's going on in my life (which in essence, isn't very much in a constructed sense) and I love just clicking the keys and writing my comings and goings, rather like writing a book without it having to be published.

Our new grandchild is now a month old, as husband announced last night. I dragged him around to see her last night on the way back from a doctors appointment. He is always working and when he comes home from work it is late and he is tired and dirty. Has been working weekends too which has not helped, so whilst he was clean and under my control (ie I was driving) we visited. I think he was a little overawed by the tininess of Ellie, even though she was 8lbs born. Babies are very tiny, even normally sized ones.

Husband has been ill from Monday night with Vertigo and this present attack seems to be worse than his previous attacks as by now they're usually gone. Doctor announces that she wants him to see ENT expert and see if it might be caused by inner ear, so has sent off for an appointment. Husband then told her he wondered if his heart was OK as he has been feeling tired and listless. To that end, appointments have been sent for for ECG and other tests. Looks like a long job. I hope they don't find anything as he works for himself and you know the score, no work no money. None of this benefit rubbish you just have to still pay the bills and mainly things like public liability insurance etc. with no money coming in from the business. The general public often think if you have a business you're wealthy but believe me, we haven't had a holiday in years, I used to go on my own when I was working but I haven't in 5 years.

On a more interesting note, I have been a little creative and made one Christmas present for a friend who is not a girly girl but likes blue. This is what I have made for her. 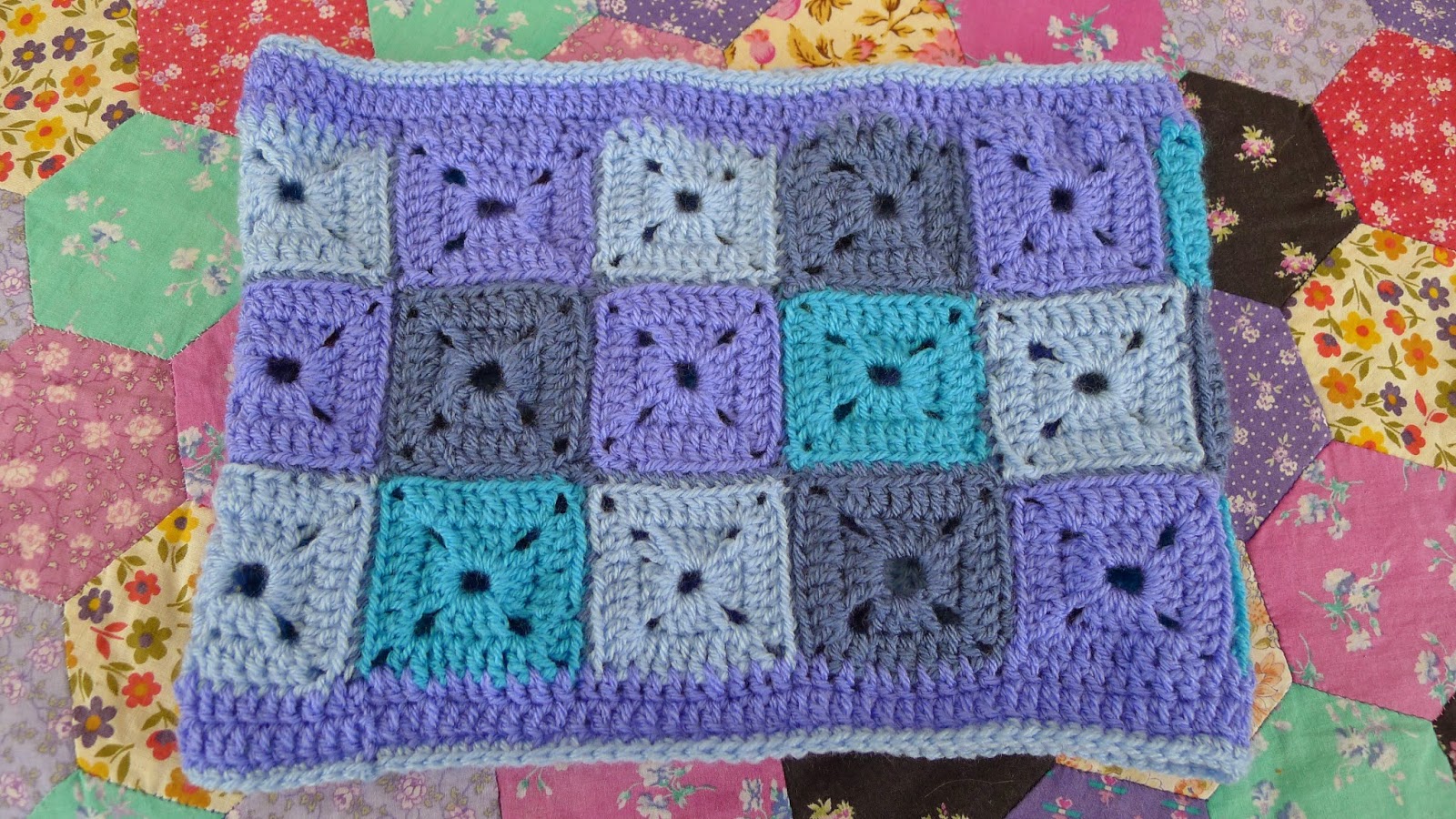 I also have started a blanket along the lines of Lucy's from Attic24. I wasn't going to but then curiosity overcame me and I started. This is where I have got to at moment. 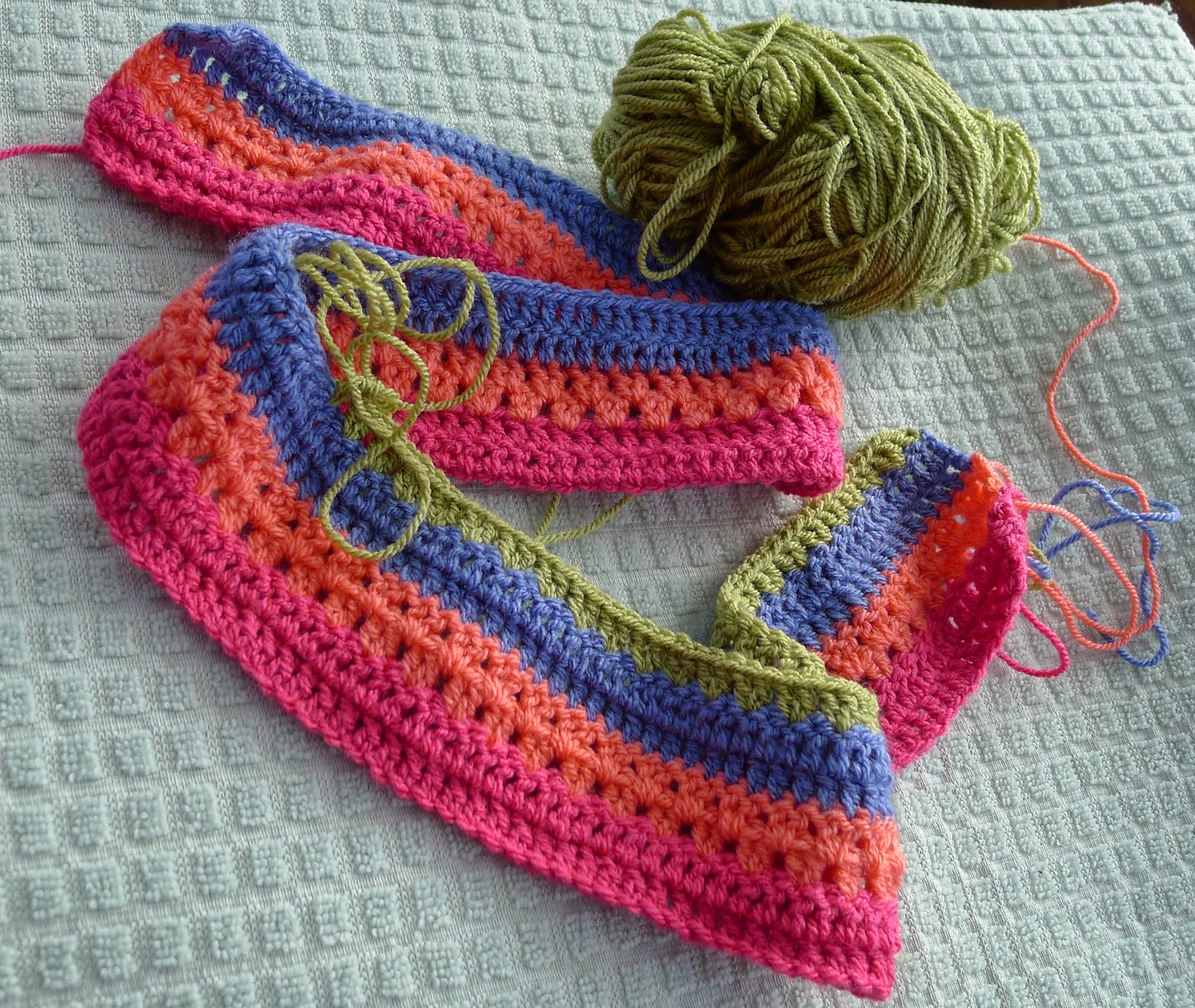 I also wanted to do a little blanket from the blog of le Monde de Sucrette, a lady living in the Lebanon who produces beautiful coloured items of extremely creative crochet. Her home is full of this beauty, whilst she can hear in the distance the sounds of fighting and gunshots going on.