I admit to being someone out of synch with this one, I forgot all about it but there's a lovely photo I wanted to show and I didn't want just to put a random picture in, so here it is.

The Lytham Show is a Classic Car Show with historic buses and other vehicles. It is held right on the front, some vehicles on the beach and others right along the concrete walkway, not sure what it is called, on the other side of the lovely marina. We were there early (well, we're always early) and were on the beach, which was a lovely place to be, a bit of grass and bit of sand rather than concrete.

This is an airplane warning!!!! Sorry if I'm boring you but there are just a few more aircraft pictures. I think that is the last for the year.

After a walk around looking at the cars, we realised there were two Spitfires at the other end of the park and walked over there. One of them is on a podium right up in the air and the other on the ground. I'm not sure if it's there all the time but there was certainly a military presence there and people on hand to answer questions. I discovered that they were volunteers and not actual service personnel.

There were a lot of ducks on the marina, there was a notice for people not to feed them but I think they were very hopeful. 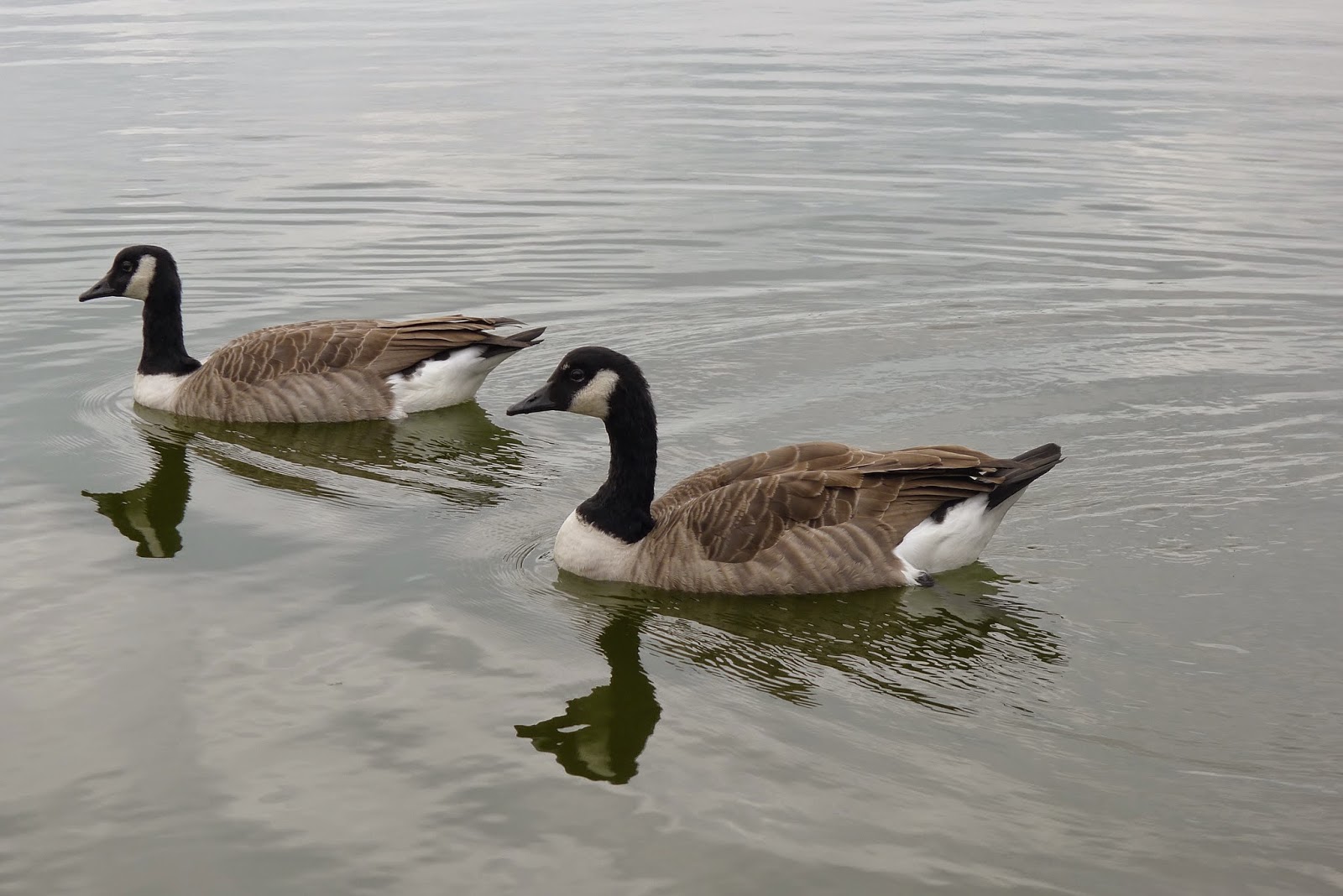 Here are a few of the various interesting exhibits, including a mini caravan which was gorgeous and which I wanted!

I did so want a pillar box red Land Rover. I hadn't realised they came in such small sizes!!!! The owner of this had made it for his son, but as he was a very small person (not a dwarf but just a very small man, he could actually drive it. He very kindly let me try it and it was great fun. He showed me how to drive it in forward and reverse. My legs were a bit long for it though. 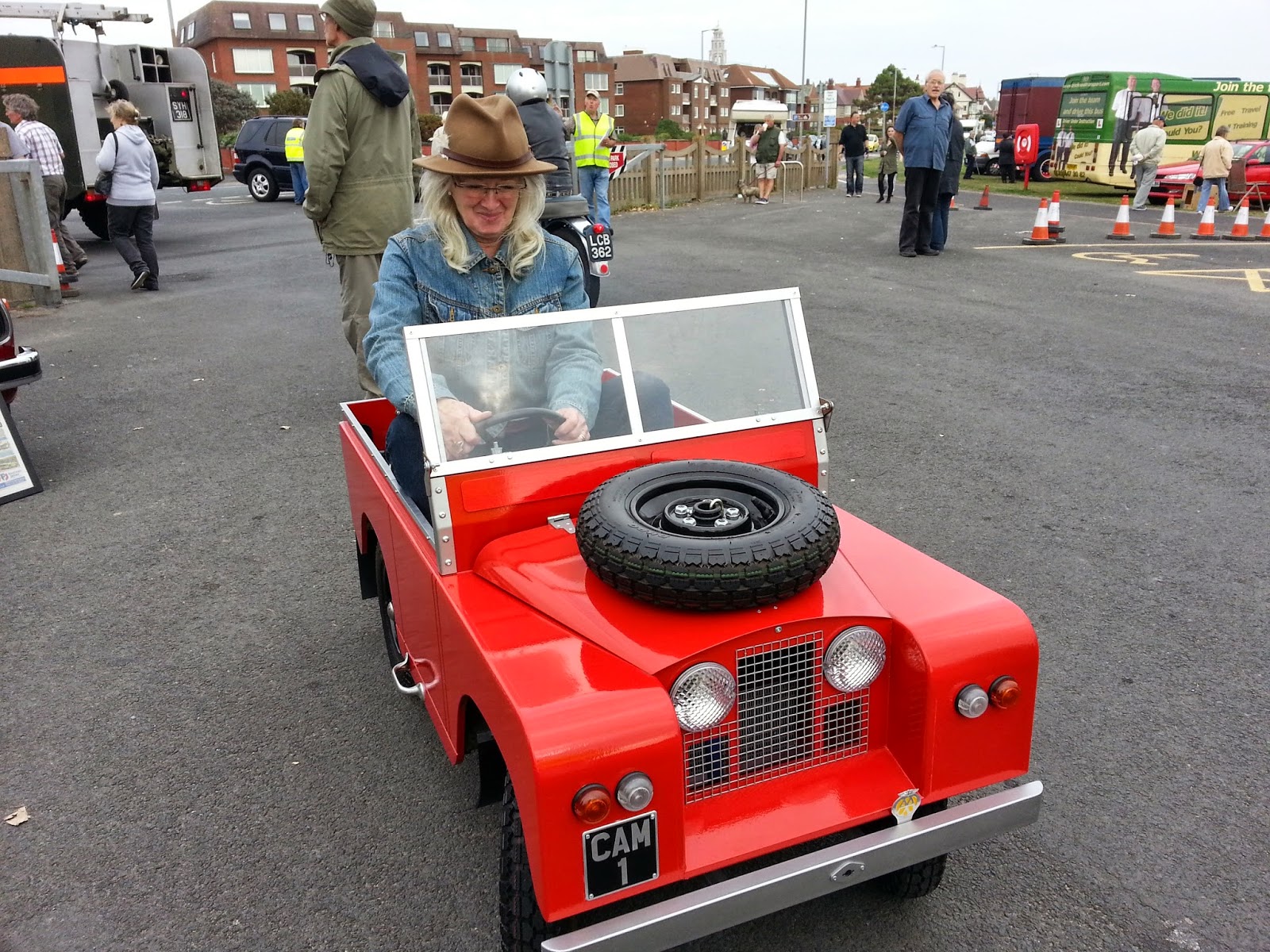 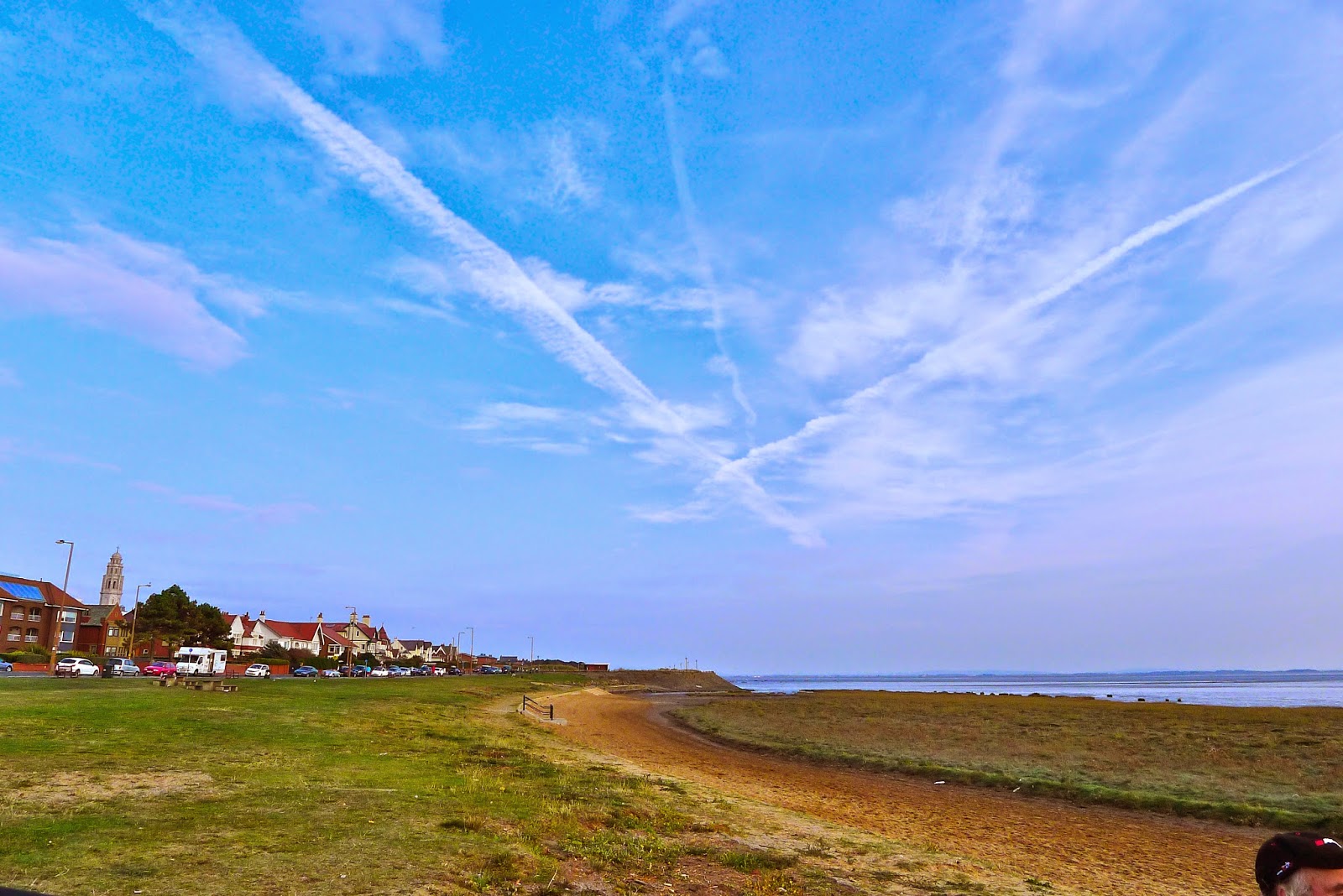 I love the sky here. Looks like a cross in the sky.


We're always last! Mainly to beat the crowds queueing up. It was just so nice sitting there and brewing tea on our little stove, we just stayed until quite late. We'll definitely go back there next year.
Posted by Campfire at 15:55