Well, it has been so long since I put fingers to keyboard to write on my Blog, there has been such a lot going on, a busy Summer and non of it on actual holiday either.

I hope you have all had a great Summer, filled with whatever you like doing and are keeping well.

We have had quite a few problems healthwise - went with husband for his 6 monthly eye check up at St Pauls, Liverpool Royal Hospital. After lot of deliberation, the young doctor called in the consultant that he has been seeing since his operation a few years ago. Apparently there was a slight tear in the other eye, which had been advised as a possibility. To cut a story short, we had to go in early the following week, very quick (who moans about the NHS?) and have it lasered. We did just that and it wasn't so bad as he had anticipated. At least it was done by our lovely consultant who knew of husband's sensitivity towards bright lights in his eye. Whew!

Then he had an attack of vertigo, just came on suddenly as it always does, he had to be brought back from work. Another few days off work, that he can ill afford. In between that, his back was so bad he had to have anti inflammatory tablets from doctor which he is taking constantly. Then, blow me, last week he had another vertigo attack and had to have another couple of days off.

Well that's it I hope!

Now on to cheerier notes, we have been to a few car shows, both locally and a bit further afield, Caerwys and Bodelwydden Castle being two of them. I loved Caerwys and have never been before. It was a lovely little show with lots and lots of 'junk' stalls in addition to 'car junk' which of course is husband's speciality not mine. I was particularly interested in the Land Rovers on show, and shall post a few of my favourites. Then there was a car I spotted which was the same as one I had in the 70s and have hardly ever seen any since, probably because they had a tendency to rust so husband says. It made me remember why I loved driving it at the time. The weather was cold and windy but there were a few sunny patches and also at the show was Fuzz, from the car restoration TV programme, and he is just as handsome as on TV. 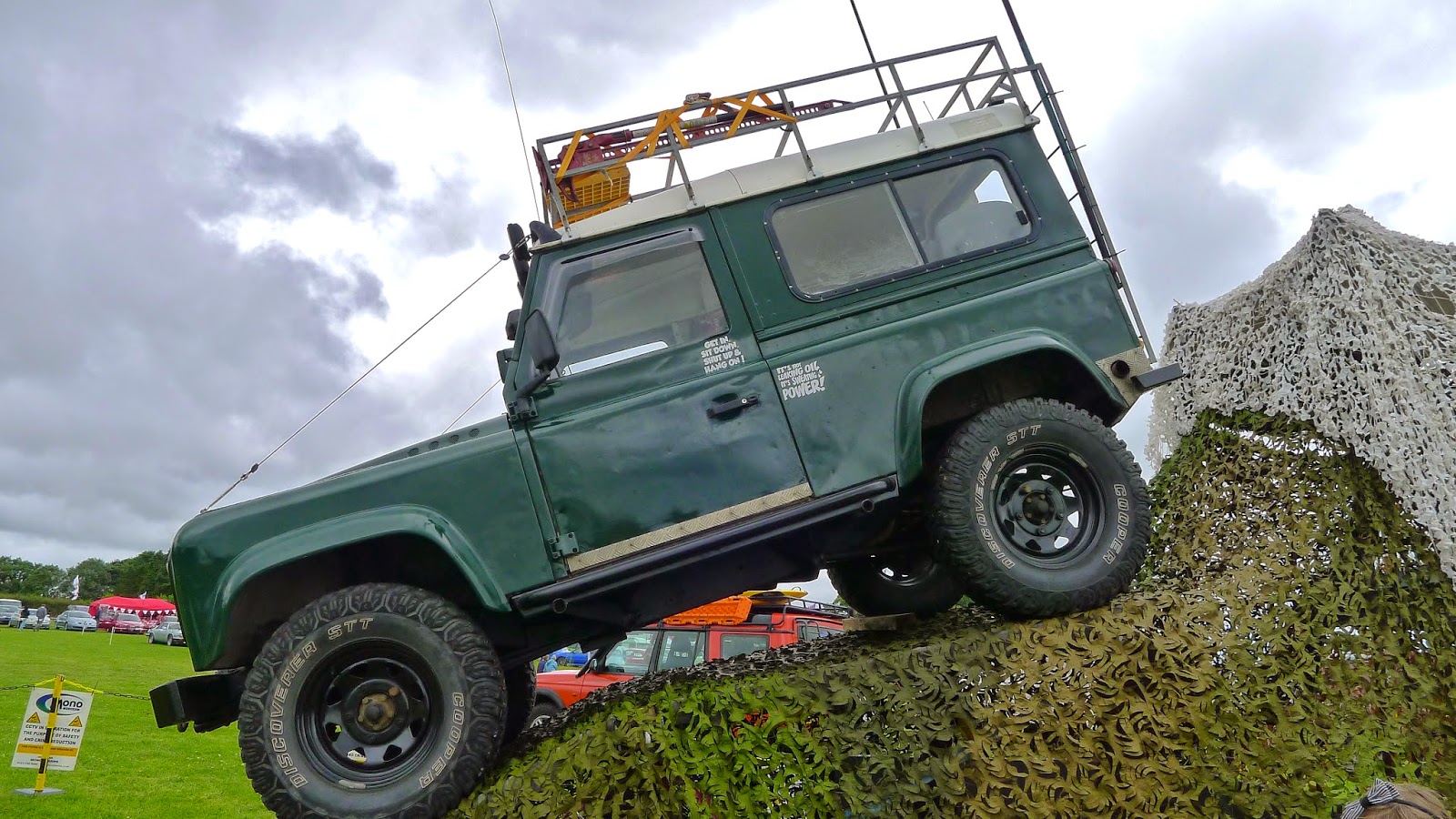 I think I will call it a day for now. There are too many photos to put in this post and I'll have to get my head into gear to remember what craft items I have made, who I have given them to and other things like that! Will be back very soon I hope, whilst the mood is on me.