A TOUCH OF SPRING, DOWN IN THE MOUTH, BUT SOME GOOD NEWS (for a change)

It's been a little while since I blogged but I've not really had anything to say. The weather has been rain, rain and wind. I haven't really been anywhere other than a visit to The Chill Factor near The Trafford Centre but that was not to ski but to look at bikes at the bike shop there.

However, the last few days have been glorious and I even went on the bike, only to my Mums, it would have been impossible not to with such a lovely day.

Before that, though one of my many crowns fell off. I was really upset as I hate the thought I might have to have the tooth out. I visited the alternative dentist at our practice and she replaced it saying it was a bit wobbly and there wasn't much tooth underneath but would try. However, short lived was my pleasure, as what I thought was the same tooth, fell out again. Another emergency visit to my own dentist revealed that it was the tooth next to it, and she did an Xray to see what lay beneath the surface. It is possible they could root fill but also the possibility of extraction (boo hoo). So, having had the offending jagged edged tooth covered over with what was rather like cement, just relieved that my mouth was not so very sore, I couldn't move my tongue around without great pain, I have to wait now until 19th then a decision will be made on their fate. Still it isn't life threatening!

I took some stuff down to the Cats Rescue place, and despite saying I wasn't going to buy anything, found this sweet mug. which I just HAD to have. I had taken in 4 coffee mugs, so that wasn't too bad, and this is sOOOOO beautiful. The cottage and scene are in 3d too, that makes it so special. I loVe it.

I finished off my blue merino sparkly scarf and have never had it off. I love it. However, I am now knitting a very small triangular kerchief just to tie with little ties at the back of my neck just for 'show' as my Mum would say. 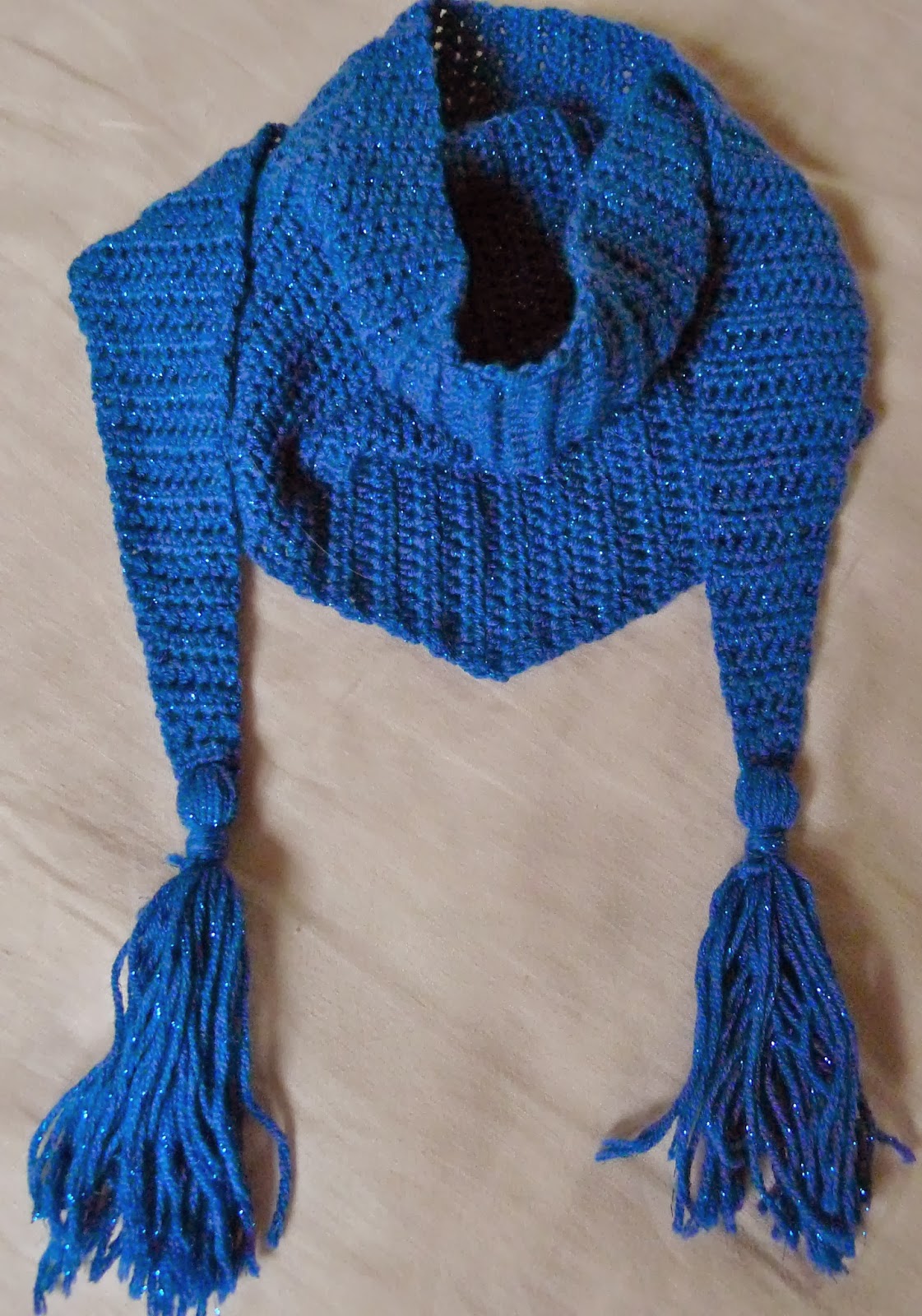 And now - can you keep a secret??????? Promise you won't tell? My only son, who will be 45 years old this year, (poor old thing) who has travelled all over the world having a good time, taking photos and seeing the sights, he and his wife are expecting in October! So, I'm going to be a Granny. Hmmmmm guess what I'll be called I imagine????? Granny Anni. I don't mind Anni without an E as it doesn't sound as old granny like as the old fashioned Annie. Please don't tell them in case it gives them ideas. Now, my daughter in law told me she thought her mother was probably going to be knitting already. Then wistfully said that crochet is nice for babies! So, I think it will be a stripey blanket I'm doing, when I've done the jumper I'm working on now, a ripple one at that.

I think that's all a body can take just now, isn't that enough. I was absolutely dumn struck when he told me, as I genuinely thought that they were just going to go off travelling and enjoying themselves, didn't see him as a family man! So I've not got used to the idea yet.

Last but not least, my cat knew there was something in the fridge for him, sent by my Mum (she sends him chicken once a week which he usually gets out of my bag. He could smell it in the fridge. I don't really allow him in the fridge but I just thought it was funny this one time. 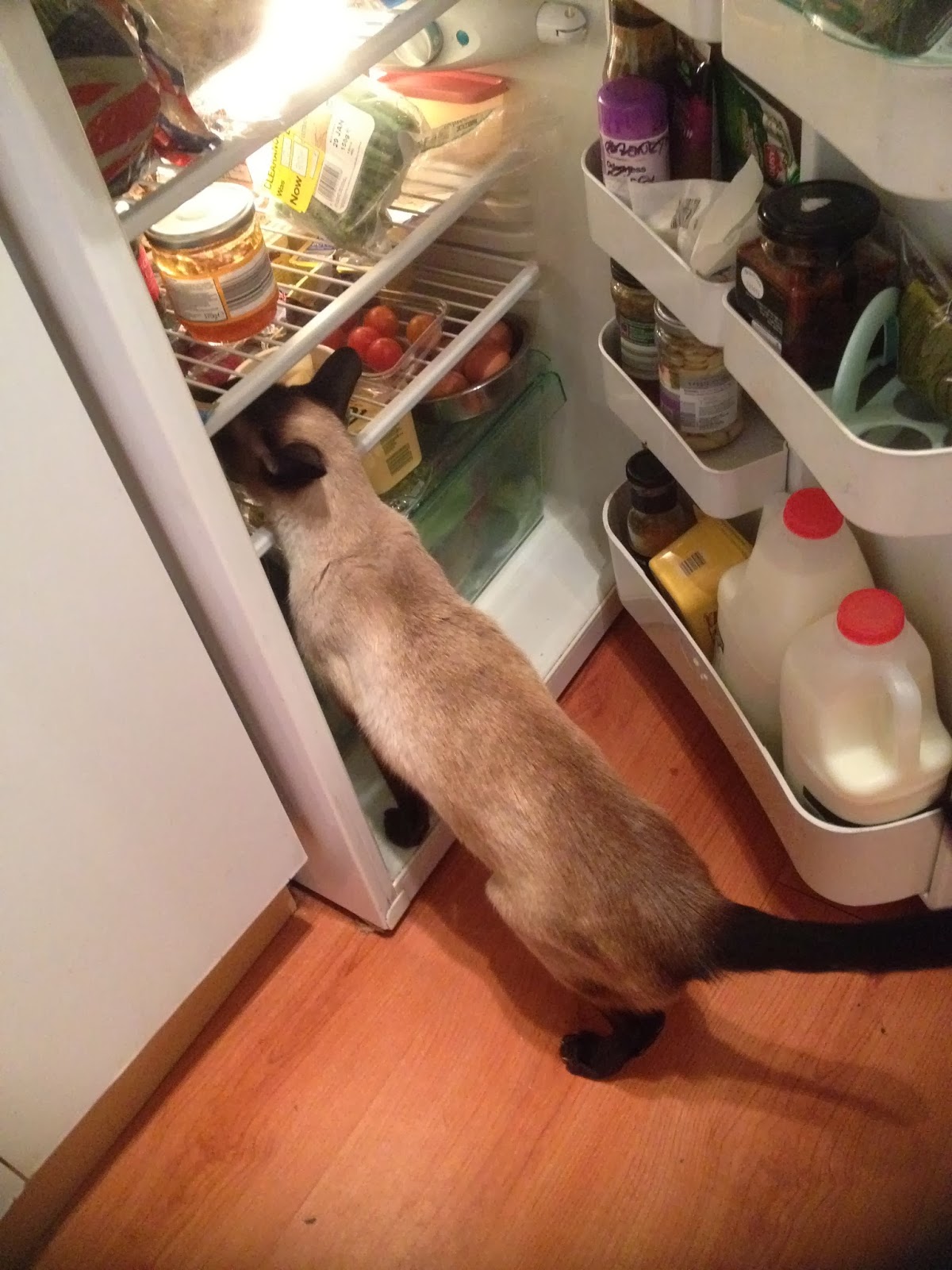 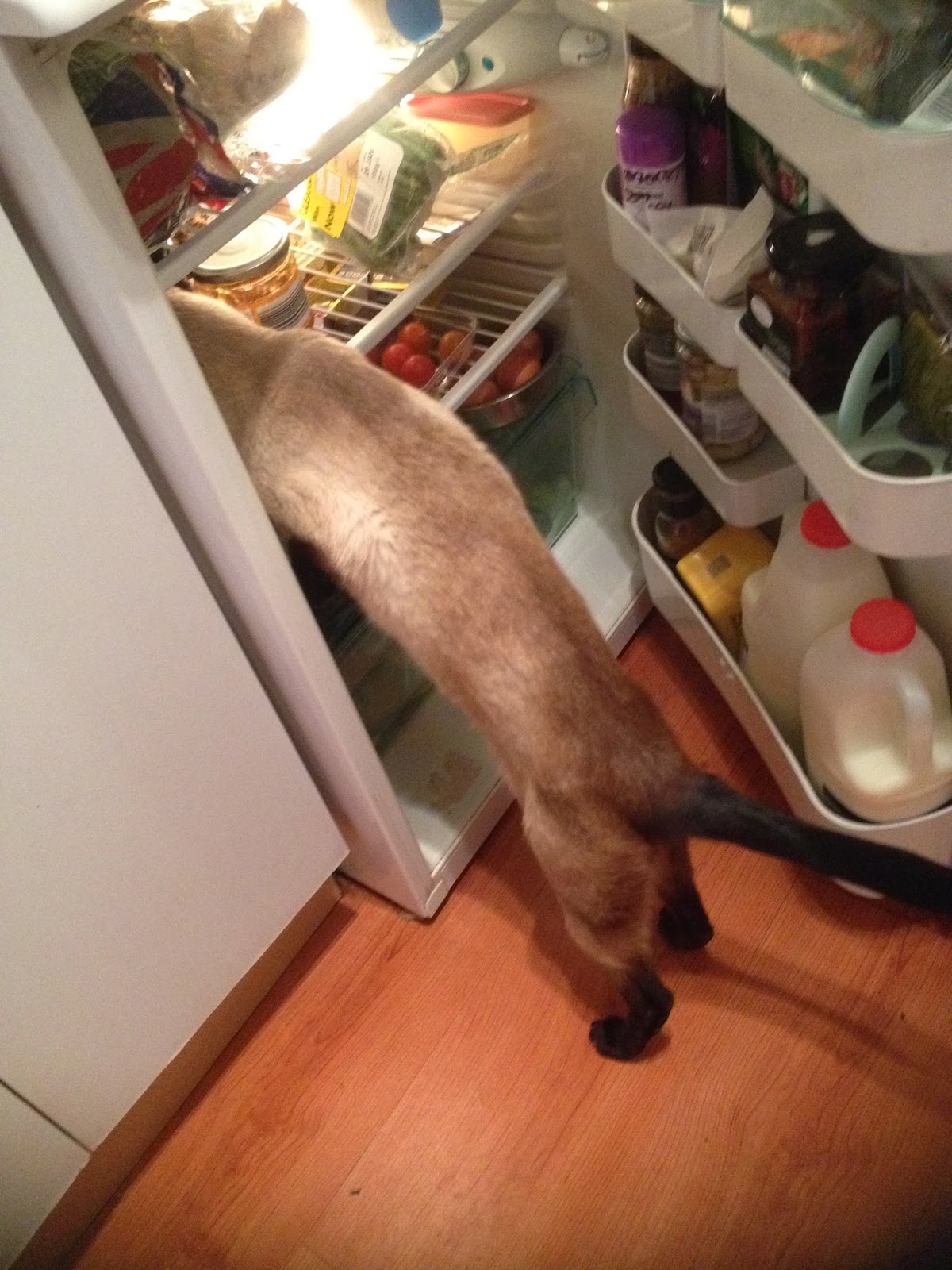 Hmm, spoke too soon. Whilst looking at Ebay, just realised the bomb proof Readymix Concrete the tooth lady put on my rough tooth, has suddenly gone, probably in me, as I don't remember it in my mouth, loose. I think she must have filed it down, as it doesn't seem as rough as before. I'll ring up tomorrow to find out what I should do. I hope it isn't lodged in my throat somewhere!

Right, until next time.