I've not posted for a while because I've not really had a lot to say, life gets pretty monotonous, we don't lead exciting lives, we get up, TH goes to work, I attempt to do the house, rather unsuccessfully and then visit my Mum, do some crafting, go on the bike when the weather is fine and that's about all. The weather has been dark, damp and all this rain makes you not want to go out unless you have to. I do really not grumble as we are so very lucky here in the NW not to have suffered the flooding that they have done in other parts of the country.

My inlaws live in the Isle of Man and of course there has been terrible flooding on most of the east coastal villages/towns there. Other inlaws live in the village that has been on the news in Somerset, East Lyng. They are fortunately OK as their house is on a higher level. People say we have had a long winter but I don't really agree it has been long, lots of rain but nothing like the length of time the other years when it was cold and icy in November.

Anyway that's enough of the weather, we Brits do nothing but talk of it, unlike other nations.

This morning I heard an increasingly loud noise outside, which seemed to be different from the Police Helicopter flights they do regularly as we're right near to the M62 and not far from M6. I went out and saw a yellow helicopter circling. Thought it was Search and Rescue. However when I looked over to where it was descending, I could see it was going to land on the only available space, the school playing field. I couldn't miss this, a helicopter landing nearby, grabbed my camera and literally 'legged' it. I don't run normally because of my old knees but I did run and it didn't hurt.

Anyway it was an Air Ambulance and they had landed for an elderly person in a sheltered village part of our own little village area. They had only come from Barton Aerodrome a few miles as the crow flies. The necessary photos had to be taken and here is one! I am REALLY interested in all sorts of aircraft, as you will have gathered from previous posts, unlike one friend on Facebook who wondered if it was in fact the helicopter than attracted my attention? Haha! Yes Ruth, it was.

I have also finished my sparkly scarf, headband and mitts for the Facebook friend who is poorly and she has received the scarf, headband but the mitts are on their way to her at this moment! She loves them and I am really impressed with the yarn, which is not expensive but quite lovely to work with. I have really enjoyed making them for her, with love, and hoping they manage to cheer her up a little. 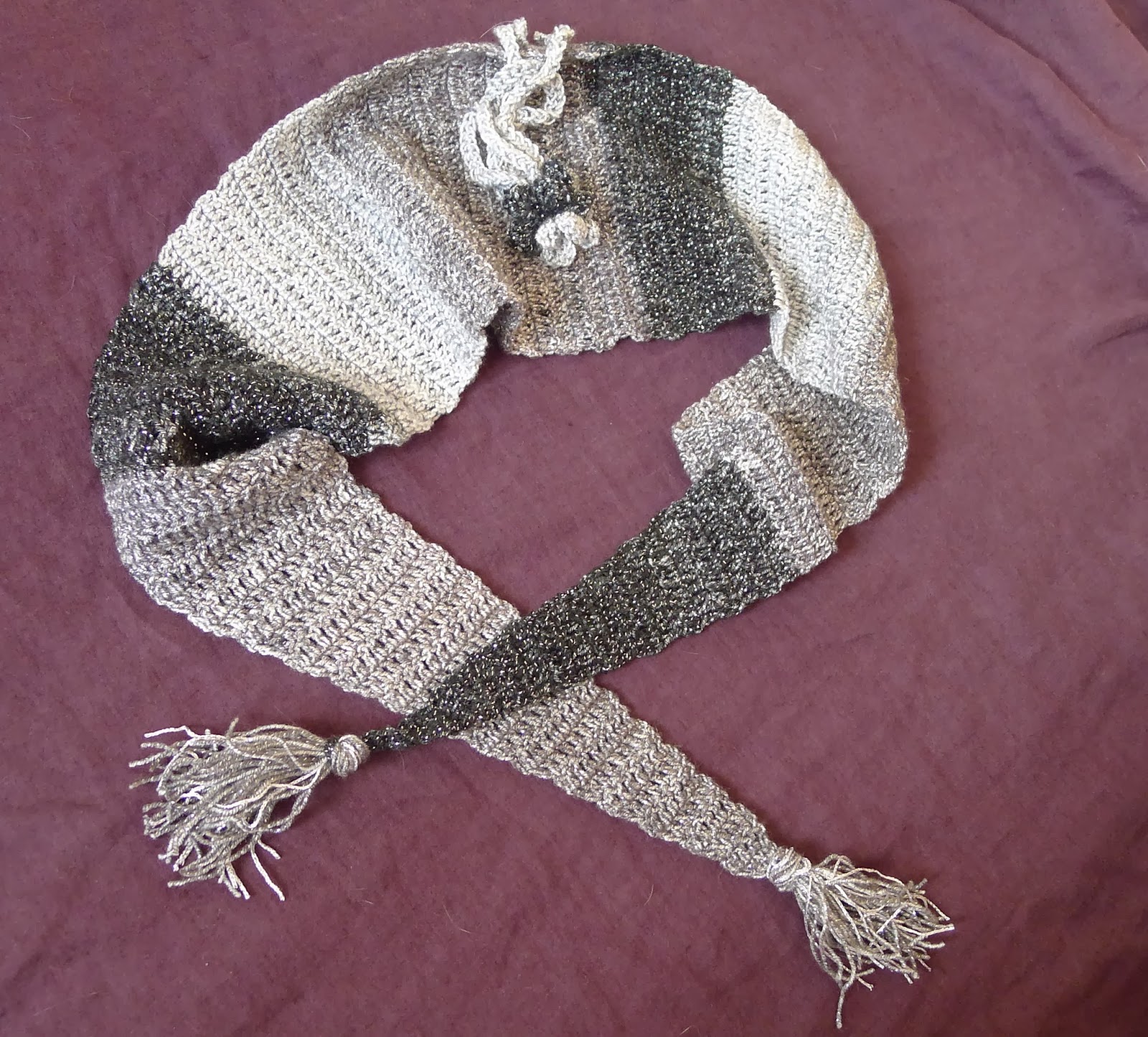 I'm rather pleased with them all. I've just finished a scarf for me the same shape but have just to add the tassles on the ends, I'm not sure what else to add, we'll see, I'll do it when I'm in the mood. Pictures to follow.

There have been lots of photos/maps been put on Facebook about our old house, in the town centre, that was illegally pulled down a few years ago. It was a listed Georgian house and I was heartbroken when I drove past and it had gone. There is a map too of the land surrounding it, with its gardens. It was in its own grounds only just outside the centre of the town. The people who owned it owned a pin factory, one of two in the town I think, and the factory was at the far side of the piece of land that the house stood on. I will see what I can find for next time's post. I can't find a total picture of the house as it won't somehow come up as a picture, although there may be a way! I also found plans for a house my Dad was going to build which are quite interesting and it shows peoples expectations for a house, when they could do almost what they wanted, within the budget, were so much lower than today.

Righty ho, that's enough for tonight. I heard the kettle boiling so if I go down now there will be a cup of tea!