A TRIP TO CUMBRIA - FULL STEAM AHEAD

Well, this weekend was our annual visit to Flookburgh Steam Gathering. It's really our only holiday unless I manage to sneak over to Germany or visit a friend so I look forward to it. TH feels guilty of leaving his work as he's always needing to finish a job to get paid, thus paying his garage bills. I wonder if he feels guilty that it is the only time we have away! I was going to say that if he felt guilty about going, I was going to go on my own!

We went in two cars (a great extravagance I know) as it was going to be the last main event for his ancient Range Rover as it needs some serious work doing for the MOT. I was taking the Beetle, with it's newly fitted chrome bumpers, which had been lying in the garage for TWO YEARS, and then he lost the fittings which cost me half a bumper. So they were fitted without, so why did I have to buy the fittings anyway???? I decided not to grumble about the extra fuel as I knew I would have an afternoon to myself if I went in mine.

The Beetle had a nice drive up to Cumbria, we met up on the way, as TH had to go over to Manchester beforehand to pay someone for some bits, so he went up the M61 and I went up the M6.

We stayed at the Farmers Arms at Lowick Green, a place which is so very old and dates back to the 1400s and is supposed to be one of the oldest places in the Lakes. The rooms are very quirky and not at all fashionable and just as we like it. We are made very welcome and they remembered us from last year. The people running the place are lovely people. I want to move in there!!!

Because I had the car I drove to Coniston and thought  I'd have a mooch round. Sadly there's nothing much in the town but I decided to walk up to Coppermine Valley, I'd walked down there a few years ago from The Old Man of Coniston, walking via Levers Water and back through Coppermines. There are still workings around that you can see. I had forgotten how far up it was and I walked up to the Youth Hostel. There are a lot of sheep around and I've taken lots of sheep pictures. I felt rather foolish walking up as I was only wearing my trainers, meant for just mooching about. I also had a bag. Solution - put my arms through the two bag handles and wear the bag on my bag. Why hadn't I thought of that earlier?

Then back down and in the car to Lowick Green, and I managed to find it, even though I had gone a different way. There are so many little lanes, that look the same.

I came back and had a terrible sore throat, I had been coughing all the way driving up. I was glad I'd managed to do the walk though. I ate the usual small amount but hardly had anything to drink (unusual on a weekend away!)

The first day of the show was beautiful weather. There were fewer people trading than last year, when the weather had been terrible and the ground flooded. I had a good look around the craft tent and there were some missing faces. I bought some Jacobs wool to knit/crochet a cover for my camera when I wear the neck strap. I will then felt it.

In the evening, the heavens opened and there was such a lot of rain. After all, we were in the Lakes! The showground was flooded in a few places when we arrived the next day. We managed to find somewhere to park, I had left Beetle there overnight and it wasn't floating, fortunately. It did dry up but it was funny watching people avoiding the puddles and others with wellies taking great delight in plodging through. Children always love water and there were some splashed parents around.

We stayed another night, together with another couple and had a nice quiet dinner with them, it was particularly quiet as I had lost my voice the night before so TH had a break from me! The drive home was fine until we neared home and we had to divert to the M61 because of a rolling road block on the M6. It was a nightmare where the motorways join and I had a bit of a scare joining a queue of traffic when someone I thought was letting me in and he apparently wasn't. I thought he had slowed. I don't know why people just don't slow and let people join a queue, they're not going anywhere and there's nowhere for the joiners to go unless they do!

Why is it that there seems to be more stuff coming back than going? I didn't buy anything other than a drawing pad and pencil to add to my D-I-L's birthday present.

Had a quiet day yesterday, I couldn't visit Mum as she didn't want me to pass on any germs. Today I rang her and am still croaky. I'll give it a couple more days. I had only just put the phone down when TH rang me. He felt awful. He was dizzy and thought he was getting Vertigo again. I drove up and took his tablets with me so he could take one. He just needs to lie down for a couple of days. He was wondering if it had been caused my a magnetic band I had bought him. I just think he has had a lot of stress over the last few weeks and this happens periodically. Whatever it is, he is in a foul mood and is a terrible patient. He has been sitting with head in hands like many men do. I took him a cuppa and he's got this annoying habit of looking surprised when I appear, having walked in full view from the kitchen!!!

Righty, I'll show you a few photos. Maybe not all, and will let you have some more next time. I'm going to put them all at the end of this, as I'm a bit rushed just now and it takes ages to fit them in with the text. 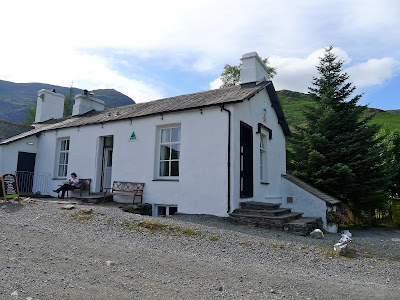