A BIT OF KNITTING AND HOOKING

I should really have incorporated some of the craft element in my blog name but just couldn't think of a good enough one. There hasn't been much about Beetles other than Bernard's comments and not a great deal about bikes as I've only done such very mundane cycling it wasn't worth mentioning, like going to the shopping centre - the long way around!

Anyway, it's the time I panic and start knitting or crocheting little things which some poor unfortunate may be the recipient!

I found a pack of mohair in the local Hospice shop, and it was only 50p for 5 balls. It's mostly kid mohair and Picaud too, with what would have been a very expensive price tag on, for when it was originally sold. I don't know how old it is but the label does say a few years.

Anyway, started crocheting a curly scarf, won't say who for just in case but I don't think the recipient will read my blog. It's quite hard to crochet with mohair as your hook keeps 'missing' the stitch because it's so light. I have to do it quite slowly, so even though it is quite bulky, you don't get the advantage of fast growth because of the care you have to take doing it. 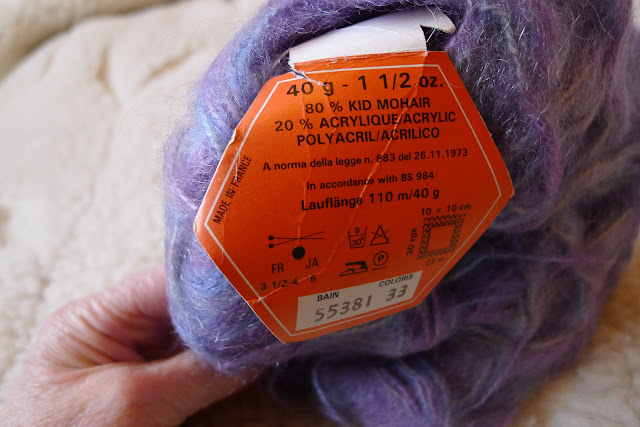